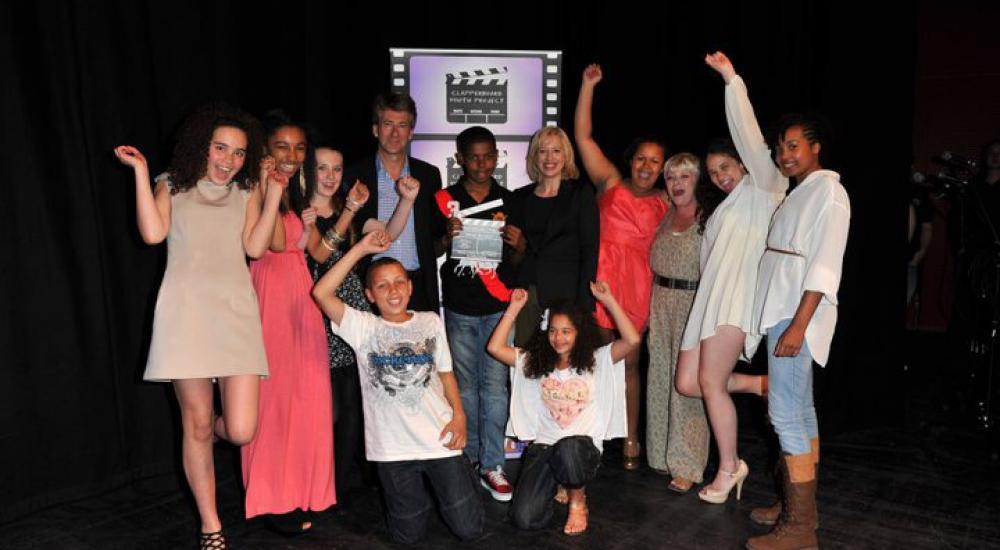 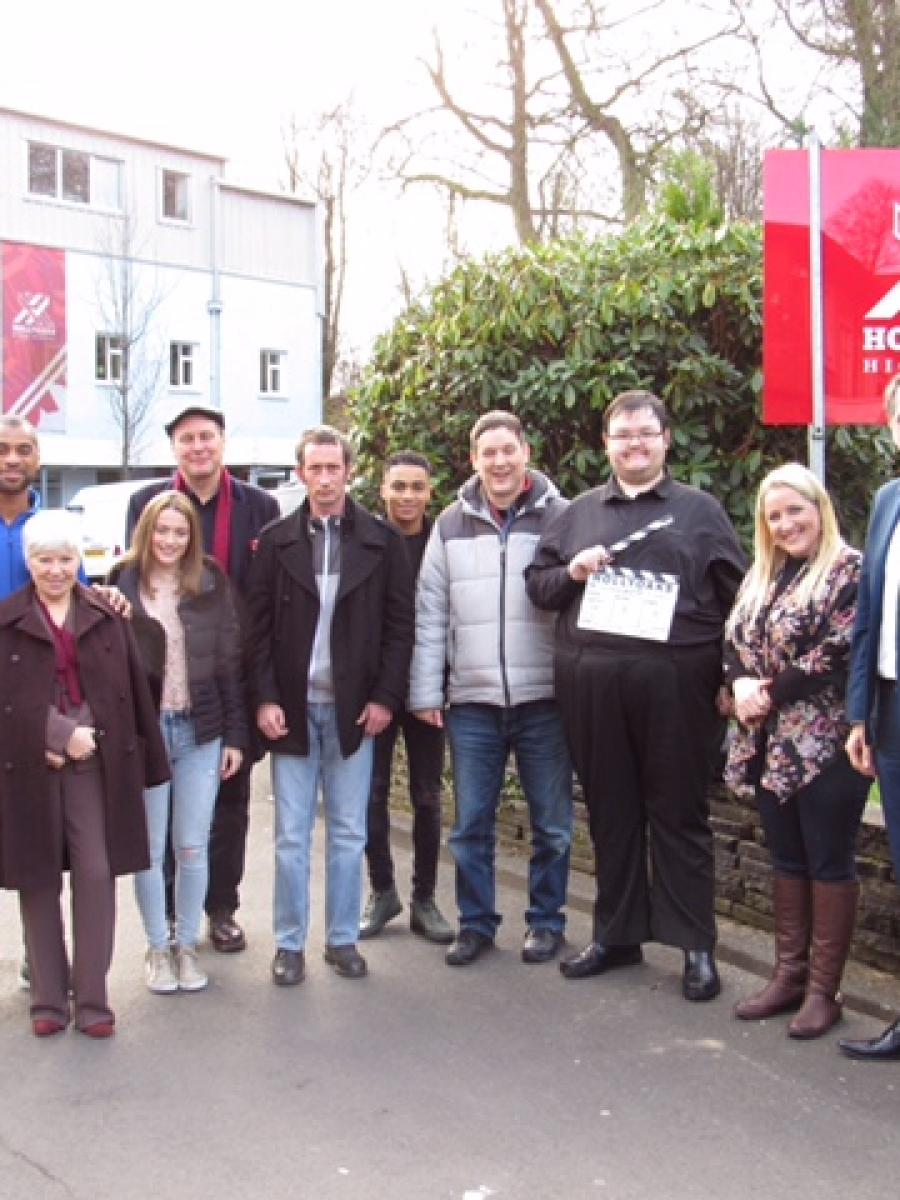 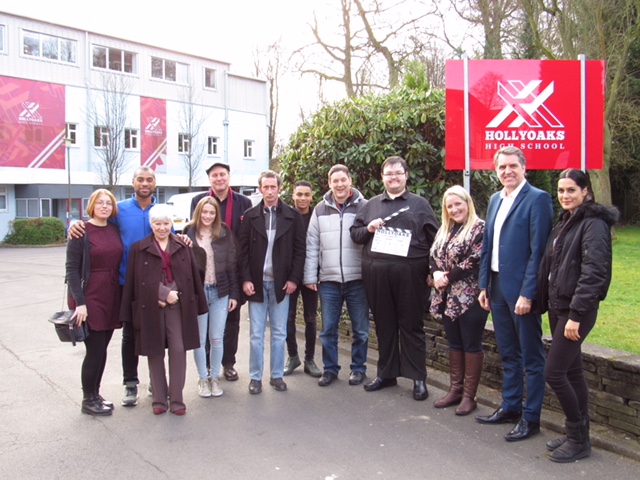 Today, participants in the projects met with key people at Lime Pictures and the some of the cast of HOLLYOAKS on the set to tell them more about the project and to spend the day in the studios.

Claire Poyser, MD of Lime Pictures said “Lime Pictures has always been a proud supporter of Clapperboard UK and the work that they do to encourage young people into the TV and film industry. Their latest project is a valuable way to raise awareness of mental health while developing a passion for film making in young people living with conditions such as autism.”

Clapperboard’s Re-arrange Film and Media Project formed in October 2014, when a group of young adults (14-28 years of age) who have mental health issues got together from the success of their award winning short Oddy, they have produced two short film (5 Faces and Poetic Reflections!) both on ‘personal reflections’ of mental health.  One of the films (Collection of Poems) was filmed by Re-arrange for and in partnership with GAIN (Global Arts Initiative Network) A BMEA project in Liverpool. Attached is an introduction video from 2015.

Michael Crilly, Deputy Director for People Participation at Mersey Care NHS Trust said: ‘Mersey Care is delighted to be working in partnership with Clapperboard, enabling young people to explore their own mental health and well-being in the context of their own contemporary culture. Recovery is a journey that is all about offering hope, control and opportunity. In this project our young people are able to tell their story in such a way that all three elements become a living and powerful reality’.

Labour’s candidate for Metro Mayor of the Liverpool City Region, Steve Rotheram MP, said “I’m delighted to support the Clapperboard project, which is helping young adults on the autistic spectrum and young people develop in all aspects of mental health and wellbeing. It has done some fantastic work in giving people a unique platform to tell their story through creative film and production, and is something I would like to see championed across the Liverpool City Region”.

Formed in September 2016, a partnership between Adults with Autism/Asperger’s (aged 18+), ClapperboardUK, Sefton Carers and Sefton Council.  Two groups of 12 meet on a weekly basis, (Southport and Crosby) for a two-hour session to produce five short films.

All films will be premiered at Clapperboard Award Ceremony Tuesday 4th April at Liverpool’s Capstone Theatre at Hope University.